“Pooh always liked a little something at eleven o’clock in the morning, and he was very glad to see Rabbit getting out the plates and mugs; and when Rabbit said, ‘Honey or condensed milk with your bread?’ he was so excited that he said, ‘Both,’ and then, so as not to seem greedy, he added, ‘But don’t bother about the bread, please.'”

Pooh always liked a little smackerel of something at eleven AM. I’m sure that he’d find this Honeycomb & Sea-Salt Ice-Cream absolutely delightful. Because, who says we can’t have ice-cream in the morning?

Don’t forget to channel your inner-Pooh and be generous with the honey. If you can, use the best honey you can find… It makes the world of difference! The good news is, it’s a no-churn ice-cream. So, you simply put it all together and then do nothing for a while.

“People say nothing is impossible, but I do nothing every day.”

Winnie the Pooh. A. A. Milne

GOES GREAT WITH: It’s ice-cream. It goes with everything!

NOTES: This recipe calls for honeycomb. You can either make your own: here’s the link for homemade honeycomb. Or you can opt for shop-bought. An easy fix would be to just buy a few Crunchie bars!

For the salt, I would recommend sticking to the recipe amount and then, when it has set, individuals can add to their own servings, to taste. Good quality flaked sea-salt is best. I have also used flaked lemon salt as a garnish, which was delicious! 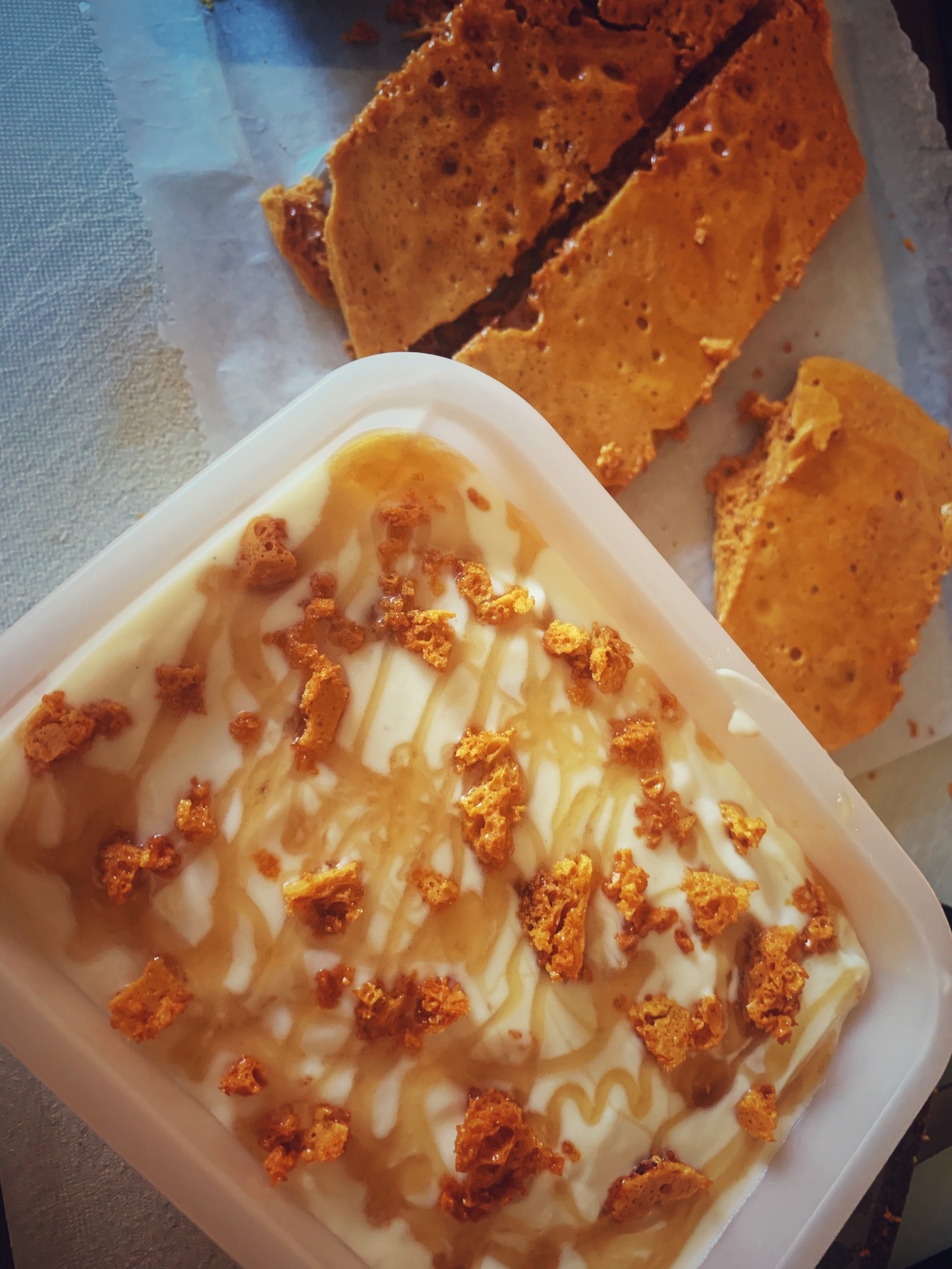